My Dreams and Me

About My Dreams and Me

There is a complex science behind dreaming, but this book is not about that. Instead, the book is a journey through the author’s everyday experiences and how they emerge in his dreams. It explains how his understanding of who he is was shaped by analyzing his dreams.

The author takes on many facets of life: Love, Romance, Sex, Violence, Conflict, Fear, Work, Relationships and Recreation. We all experience some or all of these things on a regular basis. It could be personal, it could be second-hand or it could be random. These are the topics that came up over and over again in the author's dreams.

And it is the intensity of each dream that allows the author to remember so many of his dreams. So much so, that there are many dreams that he can look back on from many years ago, and still remember them vividly with just a few keywords to remind him of them.

So, what will the reader find in this book? About 145 dreams in less than a full year. Here we have a prolific dreamer with captivating dreams and amazing observations. A true reflection of the author's life. To finish the book, there is a professional commentary by Suzanne Saldarini, a dream analyst, as well as an epilogue summarizing what the author learned and what the author offers the reader.

As our author writes in the Introduction, more than anything else, writing this book has taught him a lot about himself. But, more importantly, this book will tell the reader more about him/herself, as they start thinking about their dreams and their life.

In the end, it is a book for anyone, academicians and laypeople alike, who wants to learn more about themselves, as we all live, we all experience, we all sleep, and we all dream. Let this book be an encouragement to the readers to think about their life through the prism of their own dreams. 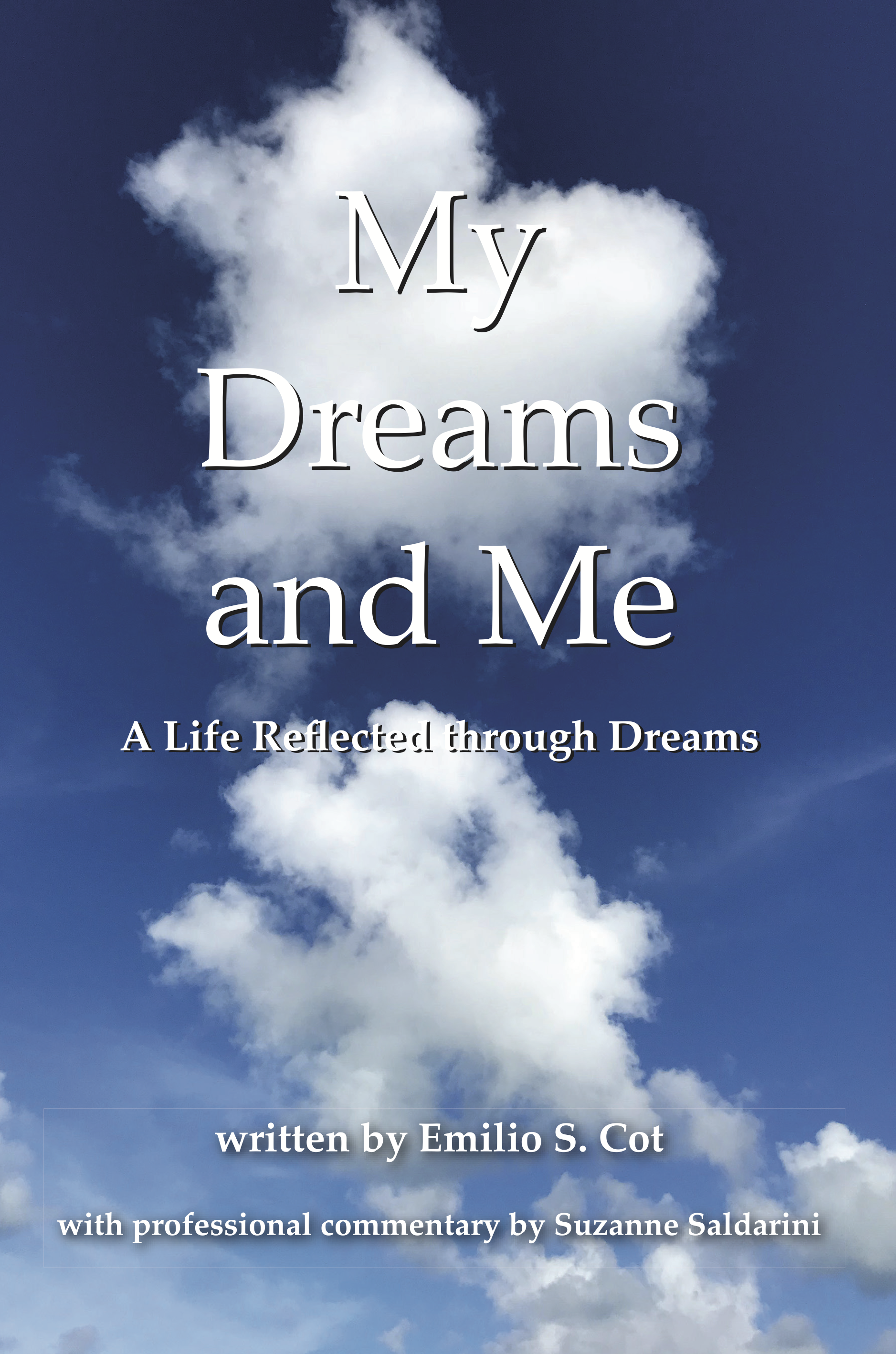 Listen to Emilio's interview about My Dreams and Me

Ralph Romeo Show on WPAT-NYC 930 AM

The house is almost dark, as it is sunset, and the lights are not on. It’s growing slowly, but eerily, darker and I am alone in a house that’s not really mine. But I must be living there, because I know where I am and I know what’s under the house.

I am worried and confused. I am waiting for the police to come and I am not sure how I am going to explain what they’ll find in the crawlspace.

Below me are the remains of someone who was killed...

Keep Reading
Back to Top

My Dreams and Me Excerpt

The house is almost dark, as it is sunset, and the lights are not on. It’s growing slowly, but eerily, darker and I am alone in a house that’s not really mine. But I must be living there, because I know where I am and I know what’s under the house.

I am worried and confused. I am waiting for the police to come and I am not sure how I am going to explain what they’ll find in the crawlspace.

I know a lot of details about the killing, but I am very confused about whether I did it, whether someone else killed her and I watched or if I just know the details to such a great degree that it feels like I killed her.

The police are coming. I am sure of that, but I am not sure what I am going to do or say. I really cannot say that I killed her, but I feel like I did because the details of the killing are so clear and vivid in my head. Whenever it happened, it was not recent. It was in the past and that’s part of the problem in my actual understanding of who’s responsible for this.

The police are coming, so I am trying to stay calm. Maybe I’m just imagining that they’re coming to arrest me, but I am not taking any chances in going outside or talking with anyone. But there’s a problem.

Benito has called me and he needs help in finding something. He’s trying to get somewhere and needs directions. I don’t know why, but I am sure that if I try to help him, I will expose myself, I will incriminate myself. I’m worried about using the phone or going online as I am sure the police will see what I am doing and give them more reason to arrest me.

I keep thinking about going outside and around to the crawlspace to see the remains, as that may help me understand what happened, but I can’t bring myself to do it. I just keep thinking about a dark space with human body parts. I can’t clearly see the face, but I know it’s a woman. I don’t hear or see anything, but I am sure the police are on their way.

Without reason or explanation, I suddenly find myself on a beach. It’s a beautiful day and I am in the water looking north up the shore. I can see a large city in the distance and there are jets flying over me.

I look up and it reminds me of when we were flying with the family on vacation and the pilot let my older son, Martin, fly the plane. He was about 11 years old and he was at the controls and having a lot of fun. The pilot was actually letting him roll the plane over and bring it back right-side up. Why would he let a boy do that?

I look back up the shore and I can see planes on the horizon. I can’t tell if they’re landing, already on the tarmac of an airport or actually in the water (on purpose or by accident). I am very confused.

I’m still in the water and I look to my left towards the beach. There’s a man in the water on some sort of personal watercraft, like a para-surfboard or something like that. There’s also a baby on the beach by itself. It’s sleeping, but starting to wake up.

The man sees that, gets off the board and out of the water and walks towards the baby. He’s the baby’s father and he picks him up and swaddles him in a blanket. He attaches the baby in the blanket to something around him, something like what you’d see a Native American mother use to carry her baby. They seem fine and I look away back towards the shoreline north of me.

I see at least one plane in the water and I think again about Martin flying a plane. I wake up.

Other than starting to plan a vacation with the family and needing to make air plans (first full family vacation in some time, as the guys are out of college and have been working) and the fact that we’re watching Making a Murderer, a documentary that follows a man that was wrongly accused of rape, acquitted after 18 years in jail and now being charged for a murder, I have no clue why I would dream about these crazy and chaotic images and ideas.

First and most frightening to me is the fact that I feel like I have had this dream before. Many times.

This has been a recurring dream (not exact, but similar) where I think I have killed someone, but I’m not sure, but I am convinced that the police are coming and I won’t be able to explain what happened or why there are human remains on my property.

There are so many stories of killers that have buried or hidden their victims in their homes. John Wayne Gacy, who killed at least 33 teenagers and buried them in his yard or basement, is the one who sticks out the most. I wonder why and how someone can commit such heinous acts.  I have read about these kinds of stories in the news many times and I have asked myself how can someone live with all this death (at his own hands) around him. I find the study of criminology fascinating, but I have never imagined or fanaticized about killing anyone.

Benito’s asking for directions? Not uncommon. He’s an older man, but very active and always asking younger people about how to do one thing or another. Benito was also my mentor in the corporate world and a role model for many people, including me.

Martin’s flying the plane? Not surprising. He’s the kid that used to ask everyone, “Can I try that?” Very adventurous person as a kid, and even now as a young adult.

Big cities and planes on a beach? I have no idea where this is coming from. The only thing I can add to this is that unlike the United States, in Europe, it’s very common to see a large city on a coastline with a bathing beach as an extension of the city. You’ll see that at Barcelona, Santander, Nice (all of which we have visited in the past 5 years or so) and many more cities.

The image of the plane in the water is most reminiscent of the US Air water landing emergency seen in New York City in 2009.

And one more, thing; I am recollecting everything in this dream as one dream, but I am not totally sure if it was just one dream. As I have mentioned before, I fall asleep so quickly and, many times, I start dreaming so immediately, that it’s hard to tell if it was one dream or two back-to-back, almost seamless, dreams.